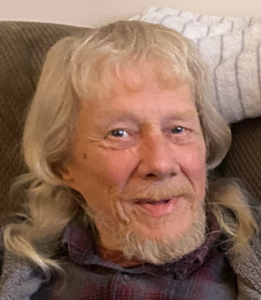 Peacefully in his sleep, on Monday, January 24, 2022, Ronald E. Wallace, age 70 of Ellwood City passed away. Beloved son of Elsie and the late Calvin DeVries, and the late Everett and Patty Wallace; brother of Jane Weatherby (the late Steve Mesko), Kathy (Chuck) Grazione, Barb (Tom) Milnes, and the late Bobby (Annie) DeVries; father to Ryan (Shannon) Wallace; grandfather to Madison (Jason Mesko) Wallace, and Greyson Manz; great-grandfather to Krue Mesko, who will be joining the family soon; also survived by former spouse Dana DeLisio and many nieces, nephews, and cousins.

Ron was a 1969 graduate of Lincoln High School and previously owned and operated The Falcon service station in Ellwood City.

Ron was an avid Pittsburgh sports fan and had a love of watching golf. From a young age, Ron loved classic cars and going to car shows. Ron always took care of the people that he loved and will forever be missed.

As per Ron’s wishes there will be no public visitation or service. Final arrangements have been entrusted to the Samuel Teolis Funeral Home and Crematory Inc.

Memorial contributions can be made in Ron’s name to the Lillyville church of God at 408 Hickernell Road, Fombell, PA 16117.