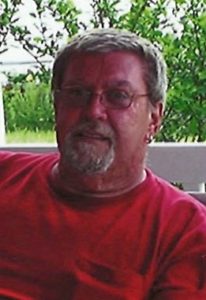 Mr. Ronald W. Ehrenberg, 71 of Perry Township went home to be with his Lord and Savior and his beloved wife, Virginia, on October 11th, 2021 at the Allegheny General Hospital.

Ronald was born on June 3rd, 1950 to the late Melvin W. and Helen J. (Jacobs) Ehrenberg. He graduated from the Shenango High School with the class of 1968, and then from the Community College of Beaver County where he studied machine technology. He is a member of the Word Alive Church, the Hungarian Home, and the Ellwood City Saxon’s Club. Ron also served as an Ellwood City Auxiliary Police officer and with the Ellwood City Volunteer Fire Department. An outdoorsman, Ron enjoyed hunting, fishing, especially ice fishing, and was a skilled marksman in archery.

He was preceded in death by his parents, his wife, Virginia C. (Brown) Ehrenberg whom he married on January 19th, 1973 and passed away on June 21st, 2001, his sister, Darlene Baker, and his brother, Melvin “Pete” Ehrenberg.

A public visitation will be held on Thursday, October 14th, 2021 from 10:00 am until the time of service at 12:00 pm, at the Samuel Teolis Funeral Home and Crematory Inc., with Pastor Cliff Reynolds officiating. Interment will follow at the Harmony Baptist Cemetery.

Memorial contributions in Ron’s name may be made to the Word Alive Church Missions at 124 Scenic Hill Boulevard, Box 622, Ellwood City, PA 16117.