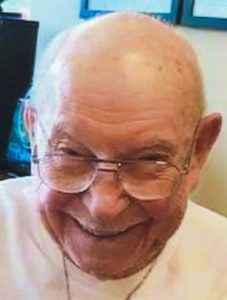 Mr. Clemmer was born in Enon Valley, PA on June 12th, 1930 to the late Walter and Pearl Elizabeth (Kline) Clemmer. He was a proud veteran of the United States Marine Corps.. Mr. Clemmer was a truck driver at Lakeshore Motor Freight for 18 years and a general foreman at Procel Incorporated in East Palestine, Ohio. He was a member of the Trinity Full Gospel Church, where he enjoyed spending time and praying.  Mr. Clemmer was a devoted volunteer at both Lawrence County and Beaver County Life Centers.  He enjoyed working on old automobiles and building model cars.

Visitation will be held on Thursday, March 17th, from 2-4, and 6-8 pm; and on Friday, March 18th, from 10:00am until the time of funeral service at 11:00am at the Samuel Teolis Funeral Home and Crematory Inc., with Pastor William Coleman officiating. Interment will follow at the Holy Redeemer Cemetery.

Members of the Veterans Honor Guard are asked to meet at the funeral home on Friday by 10:50 am to conduct full military honors.