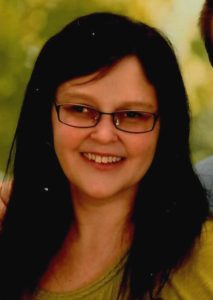 Shannon was born in Pittsburgh on October 8, 1974 to William M. “Butch”  and Joan (Churilla) Randal Sr. She had graduated from Brashear High School with the class of 1993, and then from The Community College of Allegheny County with an associates degree. Shannon worked for PNC Bank in Pittsburgh as a Loan Booker, Target in Bethel Park as a front-end manager, and most recently at the WesBanco in Ellwood City as a Loan Officer. She is a member of The Cornerstone Church in New Castle and a former member of the New Day Assembly of God Church in Pittsburgh. Shannon enjoyed crafting, baking, family trips, and most of all spending time with her daughter, Jaiden, whom she had a special bond with.

She was preceded in death by her father, William M. “Butch” Randal Sr..

Due to the current restrictions brought on by the COVID-19 pandemic all services will be private. Interment will be at the Locust Grove Cemetery in Ellwood City. The funeral arrangements have been entrusted to the Samuel Teolis Funeral Home and Crematory Inc..