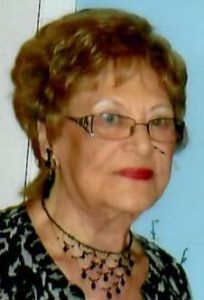 Norina was ordained in 1985 with the Independent Assemblies of God in Laguna Hills, California. She was also .a graduate of the International School of Ministry, and then conducted
these schools at His Nesting Place in Long Beach, California, a maternity home–Pregnancy Help Center, with the first graduating class of22 students in June 2006.

She received an’ Honorary Doctorate Degree in 2010 from Endtime Ministries International Bible University, with campuses in California and Hawaii.

In addition to her parents, she was preceded in death by her brother, George D’ Aloiso, sisters, Esther Marangoni, Emily Greco, Gloria “Gabby” Waite and Mary Majors.

She is survived by a son and daughter-in-law, Francis “Chip” and Pamela Owens; of Ellwood City; two grandchildren, Francis Owens, III, and Norina (David) Dollen; several great-grandchildren, all of West Virginia, and many nieces and nephews.

A service to honor Norina’s life will be held on Saturday, June 18th, 2022 at 11:00 am at the Word Alive Church, 124 Scenic Hill Blvd., Ellwood City, Pa 16117.  The funeral arrangements are entrusted to the Samuel Teolis Funeral Home and Crematory Inc..

Memorial donations in Norina’s name may be made to the donors charity of choice.