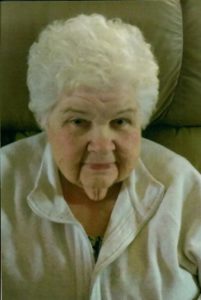 Mrs. Michels was born on November 7, 1929 in New Castle to the late Roy K. and Florence Jones Shaffer. She had graduated from Princeton High School with the class of 1948. Norma worked as a bookkeeper and secretary for Farmer Supply in New Castle, and later at New Castle Auto Parts. She is a past Worthy Matron of the Eastern Star, and a member of Challenges.

She was preceded in death by her parents, her husband David L. Michels, Sr. whom she married on March 3, 1951 and passed away on July 2, 2006, her daughter Susan D. Michels, her son Daniel Michels, her sister Marjorie Cooper, and her brother Thomas R. Shaffer.

Family and friends will be received on Saturday from 10:00 am until the time of the Memorial Service at 11:00 am in the Samuel Teolis Funeral Home, Inc. and Cremation Services. Rev. Roy Meyers will officiate the service. Inurnment will be at the Mt. Hermon Cemetery.