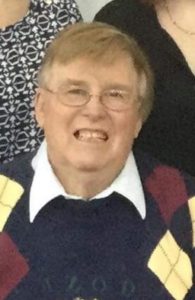 Pastor Follett was born on January 22, 1937 in Ellwood City to the late James and Margaret (Burnside) Follett. He had graduated from Lincoln High School with the class of 1954. For 31 years, Ronald worked at the Babcock & Wilcox Steel Mill in Koppel. In 1986 he was ordained as a minister at the Church’s of God General Conference in Findlay, Ohio. He served as Pastor for 6 years at the Mount Hope Church of God in Leechburg, PA, 6 years at the Templeton Church of God in Templeton, PA, and 3 years at the Ursina Church of God in Ursina, PA. Following his retirement he served as an Interim Pastor for other churches officiating weddings, funerals, and teaching Sunday School Classes. Presently he is a member of the Lillyville Church of God in Franklin Twp.. His favorite past times where watching sports especially Ellwood City and Riverside High School sports, and hunting and fishing with his son and grandchildren.

He was preceded in death by his parents, and his granddaughter, Bailey Dwyer.

Visitation will be held on Friday from 1-3 pm and from 5:00 pm until the time of the service at 7:00 pm at the Samuel Teolis Funeral Home and Crematory Inc. with Pastor Dennis Arndt officiating. Interment will be at the Lillyville Church of God Cemetery.

Memorial contributions in Pastor Follett’s name may be made to the Lillyville Church of God, 408 Hickernell Rd., Ellwood City, PA 16117.