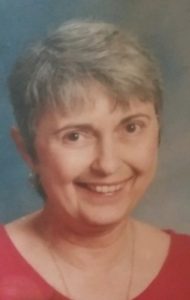 Patricia was born in Ellwood City on April 15, 1938 to the late James and Lena (Honneffer) Yeykal. She had graduated from Lincoln High School with the class of 1956. She married the late Raymond James Budzinski in 1957, living in Salamanca, New York until his passing in 1966, she then moved back to Ellwood City. Patty enjoyed nature, hunting, fishing and gardening, in her later years bingo. She was an accomplished cook and when her grandchildren were young she would spend hours reading to them.

Patty was preceded in death by her parents, her husband, her sons, Robert (Bob, Rob) Budzinski and Kenneth “Ken” Budzinski, her sister, Cathy Runyan, and longtime companion John Palermo.

Due to the restrictions of COVID-19 a memorial service will be held at a later date when safety allows.

In lieu of flowers, The family asks that donations in Patty’s name be made to The American Cancer Society or NAMI.