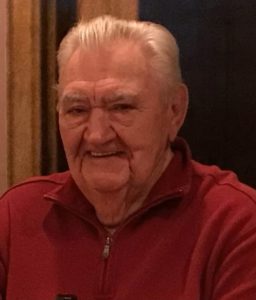 Mr. Boots was born on February 1, 1934 in Ellwood City to the late Lester and Edna (Blum) Boots. He had graduated from Lincoln High School with the class of 1951. In the 1950’s and 1960’s he played slow pitch softball and was always the leading hitter in the leagues. He played for several teams including Jolly’s Service Station, Fred’s Service Station, New Deal Bar, and Johnny Dan’s. After injuring his knee he switched to playing golf and became an avid player. Playing 3 or 4 times a week at Del Mar Golf Course. He shot his age the last time he played (87) in Florida. A well known business man, Jiggs was the owner and operator of Paul Boots and Sons Heating & Roofing Company which he established in 1962 and retired from in 1997, turning the business over to his son Paul “Buster” Boots.

He attended both the Union Goodwill Community Church and the Wiley Hill Baptist Church. He was a member of the Sons of Italy #608, the MOOSE #93, and the Del-Mar Golf Course where last year he was honored for being the oldest member of the DDD League. He also was an avid Pittsburgh Pirates and Steelers fan.

Visitation will be held on Thursday from 2-4 and 6-8 pm and on Friday from 10:00 am until the time of the service at 11:00 am at the Samuel Teolis Funeral Home and Crematory Inc. with Pastor Tom Betlyn and Pastor Paul Moore officiating.

Memorial donations in Mr. Boot’s name may be made to the; Prostate Cancer Foundation, 1250 Fourth St., Santa Monica, CA 90401.