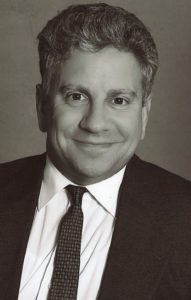 Mister Rogers frequently told the following story: “When I was a boy and I would see scary things in the news, my mother would tell me, ‘Look for the helpers. You will always find people who are willing to help.’ ” After years of serving as one of God’s dearest and most trusted helpers on Earth, Paul was called home to heaven.

Paul Matthew Angelucci, 52, passed away from our world into Heaven early in the morning of May 20, 2021. Well known in community theater circles for his work as an actor, director, and set constructor, Paul was a selfless angel of a man who was trusted and counted upon by friends and family alike.

Paul was born on April 2, 1969 in the Ellwood City Hospital. He lived his entire life in Shenango Township, graduating from Shenango Jr.-Sr. High School with the Class of 1987. He kept in close contact with his fellow classmates, meeting with them routinely for get-togethers, even as the years passed. Paul loved being a Wildcat and served on the Shenango Area Education Foundation board right up until his passing. He was the student athletic trainer and team manager for the varsity football and basketball teams most of his high school years. Voted “Most School Spirit” in high school by his classmates, he also doubled as the school’s Wildcat mascot during high school.  In recent years, he was a member of the “chain gang” during home football contests.

Upon graduation from high school, Paul earned both a bachelor’s degree and a master’s degree from Slippery Rock University. He followed those degrees with a second masters from Carnegie Mellon University. A health career professional, Paul worked as a Population Health Analyst for Bridges Health Partners since June 2019.   His co-workers remembered him for his great sense of humor and the sincere kindness he extended to everyone he met – themes repeated often throughout Paul’s life.

Paul truly loved two pastimes: sports and theater. He was a diehard fan of the Pittsburgh Pirates, Pittsburgh Steelers, and Pittsburgh Penguins. He attended many practices, games, and victory parades with his family members (nephews and brothers) and friends. Paul also golfed, ran numerous charity 10K races, and worked out until the recent pandemic closed many of the gyms in the area.

Paul‘s interest in theater began after watching his older brothers and sister perform on the stage at Shenango High School. Much of his leisure time was spent at rehearsals for productions at the New Castle Playhouse and the Red Barn in Zelienople, PA. He was an expert in multiple facets of community theater production and as reliable as the sunrise when his fellow thespians needed something in a pinch. Paul served as Shenango High School’s annual musical director with his sister, Monica, serving as his top assistant each year since 2010. The pride he took in his students was unmistakable and many of his performers kept in touch with him long after they had graduated from high school.

Paul’s family and friends will remember him for his commitment, integrity, and devotion to his community and Catholic faith. A favorite uncle to his eight nieces and nephews, Paul never forgot a birthday or momentous occasion. He attended countless youth sports games/contests, recitals, concerts, drama performances, and other special events. He so dearly loved his entire family, giving his time, care, and attention at all times and often with only a moment’s notice. He cherished the many vacations and trips he took with his parents and his sister, Monica and brother-in-law, Hans. Paul was the “on call” family member that delivered without fail, never asking for anything in return. He served on St. Joseph the Worker Parish Council and also as a lector at Holy Spirt Parish in New Castle, PA. Paul volunteered countless hours to many fundraisers at the Church. He regularly gave his time and talents to those who needed him most.

Preceding him in death was his father, Alfonso F. Angelucci, whom he faithfully and tenderly cared for, along with his siblings, prior to Paul’s own sudden passing.

One definition of kindness is to loan someone else your strength, instead of reminding them of their weakness. Small in stature but tremendously big at heart, Paul saw the good in people, their talents, and in life itself. His true power was his kind and helpful nature, always placing the needs of others above those of his own.

Visitation will be Monday, May 24th from 4-8 PM at the Samuel Teolis Funeral Home and Crematory Inc., 309 Spring Avenue, Ellwood City, PA. A mass of Christian burial will be held on Tuesday, May 25th at 10 AM at the Holy Redeemer Church, Ellwood City. Interment will follow at the Holy Redeemer Cemetery. Due to the Covid-19 Pandemic, unless vaccinated, all those attending are asked to please wear a mask or face covering and practice social distancing.

In lieu of flowers, the family is requesting that donations be made to the Shenango Area School District Education Foundation.