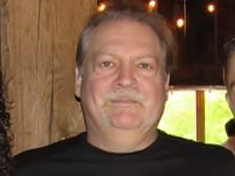 Paul was born on October 26, 1958 in Ellwood City to the late Paul Kotuba and Julia Tamelcoff Kotuba of North Sewickley Twp.. He is a member of the Riverside High School class of 1976. Paul learned the butcher trade from his father Paul at their family owned grocery store. He worked as a meat cutter for many years at Paul’s Market, Milk House Meat’s both in North Sewickley Twp.,  Giant Eagle in Seven Fields, and Thoma’s Meat Packing in Saxonsburg. He was Methodist by faith. Paul enjoyed cooking, riding motorcycles, dirt bikes, and ATV’s, and collecting sports cars. He loved all of his customers, and all types of animals. To his nieces and nephews he was their #1 uncle. Paul will be sadly missed by his family and numerous friends.

Family and friends will be received on Wednesday from 2-4 and 6-9 pm in the Samuel Teolis Funeral Home, Inc. and Cremation Services, and on Thursday from 10:00 am until the time of the service at 11:00 am in the Free Methodist Church 412 Glen Ave., Ellwood City, Pa. Rev. Ray Start will officiate the service. Interment will follow at the Holy Redeemer Cemetery.