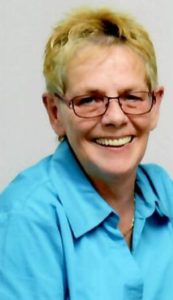 Peggy Kay Osborne, 69, of Portersville, passed away on Sunday, July 22, 2018 at the Ellwood City Medical Center.

Peggy was born on July 4, 1949 in Ellwood City to the late Harold A. “Jake” and Jane L. (Rawding) Osborne. She is a member of the Riverside High School class of 1967. Peggy also graduated from the Montefiore Hospital School of Radiologic Technology in 1969. For many years, she worked at Montefiore Hospital and for UPMC as a radiologic technologist. Peggy’s long career in radiology enabled her to touch countless lives. Her kind heart and endless optimism brought comfort to all who knew her. Peggy loved deeply and enjoyed life to the fullest. “I’m leaving the light on the stairs.”

She is survived by her beloved spouse, Sharon Sutton, her cherished chosen daughter, Ashley Miskevich and her fiance David Watts, her sister and best friend, Susan, (Thom) Brown of North Sewickley Twp., her brothers, Bill (Judy) Osborne of Cub Run, KY, and Bruce (Chris) Osborne, her nephews, Jake and Jesse Osborne, her niece, Tiffany Miskevich, as well as many other family members and friends. Peggy will be surely missed by her devoted dog, Snickers.

Peggy was preceded in death by her parents, and her much loved grandmother, Effie Osborne.

In lieu of flowers, donations may be made to any charity that benefits children or animals.