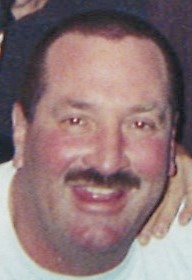 Pete was born on July 20th, 1959 in Ellwood City to the late Pete and Jane (Jacobs) Taylor, Sr.. He had graduated from Riverside High School with the class of 1978. Pete worked as a butcher for Wright’s Meat Packing, a collections officer for First Western Bank in Ellwood City, a car salesman for various dealerships in the area, and most recently as a dairy manager for Shop ‘n Save in Cranberry Twp.. He is a member of the Holy Redeemer Church, the Hungarian Home and the Sons of Italy Lodge #608. He had played in the Men’s Slow Pitch Softball League at Stiefel Park and for various pool leagues around Ellwood City. Pete coached Packer Football, and his son’s youth baseball and basketball teams. He enjoyed golfing, fishing, and was an avid Pittsburgh Steelers fan.

He is survived by his wife, Linda A. (Bennett) Taylor whom he married on April 4th, 1987, his son, Bill (Kayla) Taylor of Mt. Jackson, his grandson, Lincoln Taylor and one grandchild “on-the-way”, his brothers, Randy (Susan) Taylor of Perry Twp.,  and James (Mikal) Taylor of Ellwood City, and his sisters, Linda (John) Zachodni of Wampum, Mary Jane Perrell of Kittaning, and Robin (Ken) Hardy of Wampum.

He was preceded in death by his parents, his sister, Wanda “Breezy” Locke, his niece, Janie Ashton and his, nephew, Steven C. Jett.

As per Pete’s wishes there will be no public visitation or service. Inurnment will be at the Locust Grove Cemetery. Final arrangements are entrusted to the Samuel Teolis Funeral Home and Crematory Inc..

Pete’s family would like to give a special Thank You to Dr. Shober and Three Rivers Hospice.