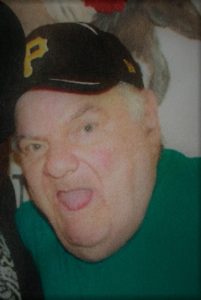 Mr. Philip M. DeSanzo Jr., of Ellwood City passed away on Saturday, May 23, 2020 at UPMC Passavant in McCandless.

Philip was born October 22, 1936 in Ellwood City, to the late Philip and Esther (DiGiacomo) DeSanzo, Sr.. He had graduated from Lincoln High School with the class of 1954. Philip then enlisted into the U.S. Army on November 23, 1959 until his discharge on November 1, 1960. He worked at U.S. Steel in Ellwood City for 20 years and later at Morella’s Beer and Pete’s Uptown Beer distributor.  Philip belonged to the Ellwood City Moose Lodge #93, and the Son’s of Italy #608. He enjoyed playing pool, going to fairs and carnivals, and was an avid fan of both the Pittsburgh Pirates and Steelers.

He is survived by his brother, William “Bill” DeSanzo, of Beaver Falls, his nieces, Wendy Keech, Shelly Butler, his nephews, Wayne Parsons, William DeSanzo Jr., and Michael DeSanzo, along with several great- nieces and nephews.

He was preceded in death by his parents, and his sister, Rosalee Parsons.

Due to the current conditions with COVID-19, a private family visitation and Blessing Service will be held at the Samuel Teolis Funeral Home and Crematory Inc.. Interment will be at the Holy Redeemer Cemetery.