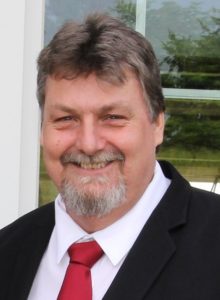 Randy was born on November 26, 1963 in Ellwood City to Robert G. and Carolyn (Boy) Craven of Perry Twp.. He had graduated from Lincoln High School where he was a star pitcher for the high school baseball team. After high school he was recruited by Penn State University to pitch for their baseball team. He later transferred to the Butler County Community College where he earned an Associates Degree in Project Management and was named to the President’s List. For many years, Randy worked for Concrete Coring in Butler as a Project Manager. He enjoyed hunting, fishing, spending time with his many friends, and was an avid Pittsburgh Steeler’s fan. Mopey also is a long time member of the Ellwood City Eagle’s Club.

He is survived by his parents, his daughters, Tarah (Jason) Hardie of Camp Hill, Pa, and Natasha (Lane) Brewster of Ellwood City, his son, Bob (Megan) Craven of Eugene, Oregon, and his grandchildren, Fiona Brewster, Meryl Brewster, Everett Hardie, Arlo Brewster, Jude Hardie, Molly Craven, and one on the way.

He was preceded in death by his sisters, Cynthia Craven and Cheryl “Sherri” Hampton, and his brother, Robert Craven.

Visitation will be held on Thursday from 5-8 pm at the Samuel Teolis Funeral Home and Crematory Inc.. A private service for the family will be held on Friday at the funeral home. Inurnment will be at the Locust Grove Cemetery.