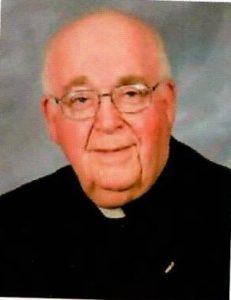 Visitation will be held on Thursday at the Holy Redeemer Church from 6:00 pm until the time of the Vesper Service at 8:00 pm, and on Friday from 9:00 am until the time of the mass of Christian burial at 10:00 am with Bishop David Zubik officiating. Interment will be at the Calvary Catholic Cemetery in Pittsburgh. The funeral arrangements are entrusted to the Samuel Teolis Funeral Home and Crematory Inc..

Memorial Contributions in Father Joe’s name may be made to the Holy Redeemer Angel Fund, Social Services.