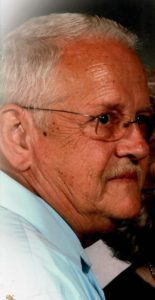 Mr. Hawke was born on September 2, 1943 in Ellwood City to the late Arthur J. and Jean (Matthews) Hawke. He had graduated from Lincoln High School with the class of 1961. Richard enlisted with the U.S. Army on October 12, 1960 and served with the 64th Engineering Company with the rank of E-4 until his discharge on October 11, 1963. Following his service with the Army, Richard worked at the Babcock & Wilcox Steel Mill in both Beaver Falls and Koppel as a rail man. After the mill closed he worked for the Alta Group which became Honeywell, as a Melter.  Richard was also a devoted member of the Lillyville Church of God. An outdoorsman, he enjoyed hunting, fishing, and learning about the Civil War. Most of all, he loved being with his grandchildren and great-grandchildren.

He was preceded in death by his parents, his sister, Dorothy Creese, and his brothers, Arthur and Don Hawke.

Family and friends will be received on Monday from 2:00 pm until the time of the service at 4:00 pm at the Lillyville Church of God with Rev. Dennis Arndt officiating. Interment will follow at the church cemetery.

The family would like to thank the AHN Hospice for the wonderful care that they extended to Richard.

Memorial donations in Mr. Hawke’s name may be made to the Lillyville Church of God food pantry.

Those attending the visitation and service are asked to practice social distancing.