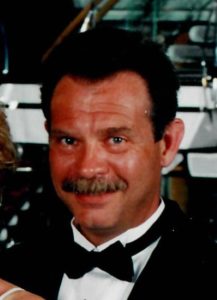 Mr. Gray was born on October 17, 1952 in New Castle to the late Francis and Marion (Richards) Gray. He graduated from Seneca Valley High School with the class of 1970, and then from Robert Morris University with a degree in Business. He is the President of Ellwood City Safety Appliance Co., his family business which is now in its fourth generation. He is a member of the Ellwood City Masonic Lodge #599, and enjoyed hunting, fishing, and reading. He will be remembered by his family as being a great husband, father, and grandfather.

He is survived by his wife of 46 years, Nancy (Goetz) Gray whom he married on April 28, 1973, his sons, Chris (Erica) Gray and Corey (Jen) Gray both of Wayne Twp., his grandchildren, Bryn and Declan Gray, his sister, Grace Ellen (Glenn) Krechel of Powley’s Island, SC, his brothers-in-law, Leo (Pat) Goetz, Rick Goetz, and Ron Goetz, and several nieces and nephews.

He was preceded in death by his parents, and his brother, Edward Gray.

Visitation will be held on Tuesday from 2-4 and 6-8 pm and on Wednesday from 10:00 am until the time of the service at 11:00 am at the Samuel Teolis Funeral Home and Crematory Inc. with Rev. R. Tod Custer officiating. Entombment will follow at the Holy Redeemer Cemetery, Holy Redeemer Mausoleum.

Memorial contributions in Mr. Gray’s name may be made to the American Heart Association.