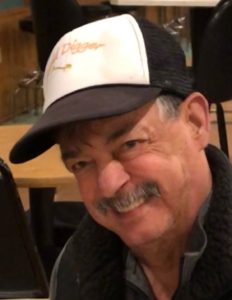 Mr. Robert Lee Hawk, 66, of Ellwood City passed away on Sunday, April 18, 2021 at the UPMC Shadyside Hospital in Pittsburgh.

Mr. Hawk was born on June 14, 1954 in Monaca, Pa to the late Bud and Nellie (Russell) Hawk. He was known to many as “Bob”, he enjoyed spending his time outdoors hunting, fishing, and gold-digging. He especially enjoyed these times with his brothers and teaching his grandchildren how to do different things. Bob was an extremely hard working man and always made time to help others in any way he could.

He was preceded in death by his parents, his father-in-law, Richard Walton, and his sister, Ethyl Hall.

Friends and family are invited to a memorial mass to held on Thursday at 10:00 am at the Holy Redeemer Church. Inurnment will be at the Sylvanian Hills memorial Park. The funeral arrangements are entrusted to the Samuel Teolis Funeral Home and Crematory Inc.

Memorial contributions in Mr. Hawk’s name may be made to the St. Jude’s Children’ Hospital.