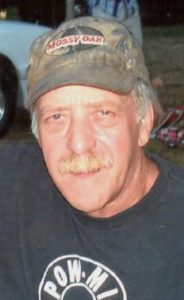 Robert was born on November 23, 1946 in McKees Rocks to the late Robert T. Yanke, Sr. and Gertrude Hufnagel Yanke of McKees Rocks.  He served with the U.S. Army December 7, 1967 until his discharge on December 5, 1969 with the Company D 7th Engineering Battalion Fifth United States Army. He was awarded the National Defense Service Medal, Vietnam Service Medal with 2 Bronze Service Stars, and Vietnam Campaign Medal. He then worked as a maintenance supervisor for Envirotrol in Darlington for 33 years. Robert enjoyed hunting, fishing, and watching Nascar, along with being an avid Pittsburgh Steelers and Penguins fan.

Visitation will be held on Friday from 2-4 and 6-8 pm and on Saturday from 10-11 am in the Samuel Teolis Funeral Home, Inc. and Cremation Serrvices.

A Blessing Service for Robert will be held on Saturday at 11:00 am in the funeral home with Father Mark Thomas officiating. Interment will be at the Neilltown Cemetery in Pleasantville. Members of the Veterans Honor Guard are asked to meet at the funeral home on Saturday by 10:50 am to conduct full military honors.