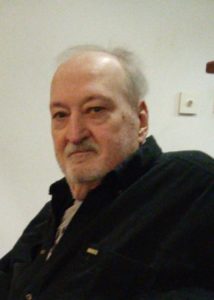 Rodney was born on November 30, 1954 in Ellwood City to the late Raymond M. and Lucetta (Remler) Peters. He was a machinist for 30 years. His passions in life included hunting, camping, and the love for his dog, Jesse.

He is survived by his loving companion Mary Jane Griffith, his brother Kevin (Tina) Peters of New Beaver Borough, several nieces and nephews, and his sister-inlaw Keneen Peters of North Sewickley Township.

He was preceded in death by his parents, and his brother Raymond E. Peters.

Private services, as per Rodney’s wishes have been entrusted to the Samuel Teolis Funeral Home and Crematory, Inc.