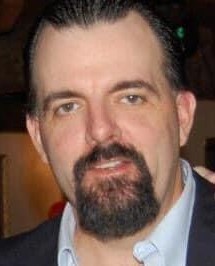 Rodney was born on October 4, 1967 in Pittsburgh to the late Robert “Bob” Bird and Lynn Kay (Wilson) Bird of Chippewa Twp. He is a member of the Beaver Falls High School class of 1986. He then earned his certifications in HVAC and plumbing from the Community College of Beaver County. For many years he worked at the Holiday Inn in Beaver Falls, and for 2 years as a funeral assistant at the Samuel Teolis Funeral Home. A talented drummer, Rod played in many well known local cover bands including “Unnamed”, “Wild Child” and “Sure Fire”. Rodney also coached for Wur-Ell-Wayne and Ellwood City Little League baseball. He enjoyed playing the drums, fishing, and camping.

He is survived by his mother, his wife, Jodi (Barton) Bird, his daughter, Sera Lynn Bird of Pittsburgh, his son, Bobby Bird of Ellwood City, his brother, Tim Bird and brother-in-law Avi Sanders of New York City, NY, his nephew, Daniel Bird Sanders, and niece, Alexandra Bird Sanders also of New York City, two aunts, Donna Evans of Wampum, and Pam Hollen of Beaver Falls, and cousins, Ed Evans of Rural Valley, Jim Evans of Wampum, Scott Evans of Beaver Falls, Amanda Estemeyer of Chippewa Twp. , and Breanna Hollen of Toledo Ohio. He is also survived by his mother-in-law, Diane Barton of Ellwood City, and his beloved cat Roxy, along with many friends.

He was preceded in death by his father, his cousin, Kimberly Evans, his brother-in-law, Jimmy Barton, and his sister-in-law, Jennifer Orock.

Visitation will be held on Tuesday from 2-4 and 6-8 pm and on Wednesday from 10:00 am until the time of the service at 11:00 am at the Samuel Teolis Funeral Home and Crematory Inc. with Dr. Morris Book officiating. Interment will be at the Grandview Cemetery in Beaver Falls.