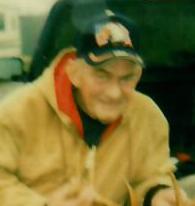 Mr. Lefever was born on May 31, 1944 in Pittsburgh to the late Ray and Emma (Tritt) Lefever. Ron had worked for the Borough of Ellwood City  street department for over 40 years. he enjoyed fishing and hunting.

He was preceded in death by his parents, and his brothers, Millard, Iroan, and Donald Cooper.

Visitation will be held on Tuesday from 5:00 pm until the time of the service at 7:30 pm at the Samuel Teolis Funeral Home, Inc. and Cremation Services with Rev. R. Tod Custer officiating. Interment will be at the West Sunbury Union Cemetery.