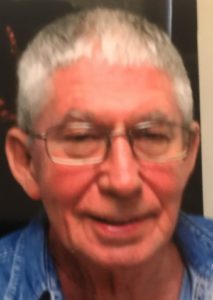 Ronald G. Hogue, 77 of Chewton passed away on Tuesday, April 6th, 2021 at his residence

Ron was born on November 26th, 1943 in Ellwood City to the late McClelland and Laurine (Wolfe) Hogue. He graduated from Lincoln High School. Ron enlisted with U.S. Airforce on September 7th, 1961 and was discharged on September 3rd, 1965 with the rank of Airman First Class, and awarded the Air Force Good Conduct Medal. He worked as a manager for Grant’s Department Store in Indiana, Rockwell in New Castle, and most recently as a security guard for Nalco. Ron enjoyed being outside, tending to his lawn and garden, family trips to Alaska, and most of all, spending time with his family and grandchildren.

As per Ron’s wishes there will be no public visitation or services. Final arrangements have been entrusted to the Samuel Teolis Funeral Home and Crematory Inc.

Donations in Ron’s name may be made to the Ellwood City Area Public Library or to a charity of the donor’s choice.