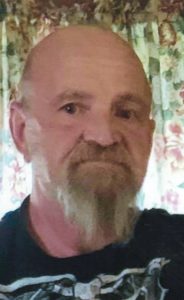 Ronald R. Bubb, 57, of Wayne Twp. passed away on Thursday, January 27th, 2022 at the Brighton Rehabilitation and Wellness Center.

Ronald was born on March 15th, 1964 in Ellwood City to William A. and Phyllis J. (Richt) Bubb also of Wayne Twp.. Ron graduated from Lawrence County Vo-Tech where he learned the welding trade. He had worked at the Butler Auto Auction and Manheim Auto Auction. He is also a member of the Ellwood City Historical Society. Ron enjoyed working on cars and tractors, music, and loved all animals.

He is survived by his parents, daughter, Sara Bubb and her fiancé Jonathan Guthrie of Ellwood City, sister Judith (Donald) Bubb of Wayne Twp., and brother, William A. Bubb of New Castle.

He was preceded in death by his sister, Candice Fountain.

As per Ron’s wishes there will not be a public service. Final arrangements are entrusted to the Samuel Teolis Funeral Home and Crematory Inc..