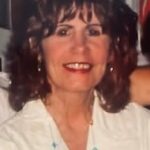 Mrs. Peffer was born on August 4th, 1949 in Ellwood City to the late John and Rose Marie (DeCola) Gurgacz. She had graduated from Lincoln High School with the class of 1967. Rosalyn had worked at Shenango Pottery in New Castle, and later for the Riverside School District at both the Middle School and High School cafeterias. For over 40 years she along with her husband Doug was a co-owner/operator of Doug Peffer’s Deer Cutting and Smoke House located in Franklin Twp.. She had grown up as a member of the 8th Street Christian Assembly Church in Ellwood City and most recently was faithfully attending the First Baptist Missionary Church in Chewton. Rosalyn was the leader of her weekly family Bible Study, and enjoyed playing cards.

Visitation will be held on Friday from 2-4 and 6-8 pm and on Saturday from Noon until the time of the service at 1:00 pm at the Samuel Teolis Funeral Home and Crematory Inc. with Rev. Eric Board officiating. Interment will follow at the Locust Grove Cemetery.