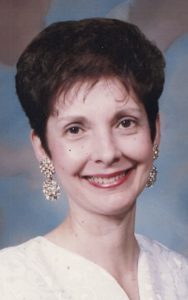 Mrs. Rose Marie (Marazzi) Rossi, 85, of Ellwood City passed away on Thursday, May 12th, 2022 at the Allegheny General  Hospital.

Mrs. Rossi was born on April 8th, 1937 in Darlington, Pa to the late Philip and Antonetta (Zalli) Marazzi. Rose Marie was a graduate of Darlington High School, class of 1955. After graduation she worked in the sales office of the Babcock & Wilcox Company, and later for the Ellwood City Area Public Library. Rose Marie was a member of the Holy Redeemer Parish. She enjoyed spending time with her children and grandchildren.

She was preceded in death by her parents, husband Anthony in 2018, daughter Jennifer in 2004, brother Robert Marazzi and brothers-in-law,  Dr. John DeCaro Sr. and John Rossi.

Memorial contributions in Mrs. Rossi’s name may be made to the Holy Redeemer Angel Fund or to the Ellwood City Area Public Library.