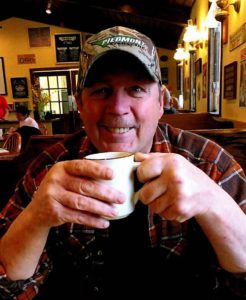 Russell H. Yanssens, 63, formerly of Ellwood City passed away at his residence in Clintonville, Pa on Thursday, December 14, 2017.

Russell was born on April 10, 1954 in Ellwood City to the late Robert E. and Irene Hudspath Yanssens. He had attended Lincoln High School and the Lillyville Church of God. Russell had worked at ITC Inc. for 7 years and Aikens Refuge for 15 years. He is a member of the Wampum Rod and Gun Club and the NRA. An outdoorsman, Russell enjoyed hunting, and fishing.

He was preceded in death by his parents and his brother-in-law William Gordon.

Visitation will be held on Tuesday from 3:00pm until the time of the Service at 7:00 pm in the Samuel Teolis Funeral Home, Inc. and Cremation Services. Rev. Dennis Arndt will officiate the service.

Memorial contributions in Russell’s name may be made to the American Cancer Society or to the Humane Society.