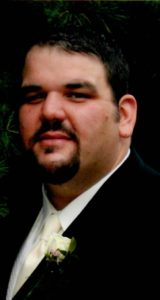 Ryan was born on October 14, 1975 in Ellwood City to Dale Coonfare of Wampum and Debbie Zona of Ellport. He had graduated from Lincoln High School with the class of 1993 and later from the DCI Career Institute. For his entire life Ryan worked at every aspect of the family business (Ellwood City Transit/Zona Tours). A history buff, he was a proud supporter of the United States Constitution and the NRA. He also enjoyed Star Wars movies and comic books.

Family and friends will be received on Thursday from 5-9 pm at the Samuel Teolis Funeral Home and Crematory Inc..