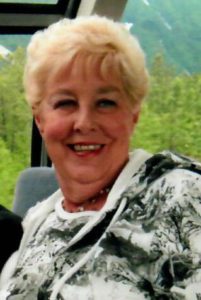 Mrs. Ringle was born on June 19, 1941 in Ellwood City to the late Gerald “Barney” and Betty (Brown) Barnett. She had graduated from Lincoln High School with the class of 1959 and from Slippery Rock State College with a degree in Education. She also attended Westminster College and Geneva College earning her Masters Degree in Education.  She had worked at Calgon while attending college. After which she worked for the Riverside School District as a teacher and reading specialist for over 30 years. Leann is a member of the Lillyville Church of God, an Eastern Star life member, the Two Steppers Dance Club, and the Red Barn Theatre Group. She enjoyed showing and training horses, going to her camp in Tionesta, loved animals and was an avid reader. Her greatest joy was spending time with her grandchildren and attending shows.

She is survived by her daughter, Glenda Cancelliere and her son, Robert (Robin) Cancelliere both of Franklin Twp., her grandchildren, Megan Meyer, Nicole (Russ) Andrick, and Robert “Rusty” Cancelliere, and her great-grandchildren, Abeni, Stevie, Evva, Ellie, Wyatt, Bentley, Lillie, Dawson, and Luke.

She was preceded in death by her parents, her husband, Dick Ringle, her former husband, William S. Cancelliere, and her brother, David Barnett.

Visitation will be held on Monday from 2-4 and 6-8 pm and on Tuesday from 10:00 am until the time of the service at 11:00 am at the Samuel Teolis Funeral Home and Crematory Inc. with Pastor Dennis Arndt officiating.

Memorial contributions in Mrs. Ringle’s name may be made to the Ellwood City Area Public Library.