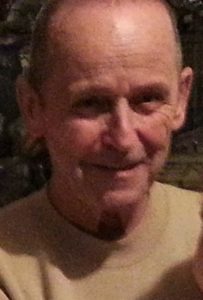 Mr. Patton was born on January 18, 1939 in West Homestead, Pa to the late Herbert F. and Minnie L. (Miracle) Patton. He had enlisted with the U.S. Army on February 5, 1957 and served with the Headquarter Battery 17th Field Artillery Regiment at Fort Sill in Oklahoma until his discharge on October 21, 1957. Silas worked for  Calgon now known as Nalco for 28 years. He enjoyed woodworking, hunting, and most of all spending time with his grandchildren and great-grandchildren.

He is survived by his wife of 60 years, Myrtle L. (Moody) Patton, his daughter, Shari (Ron) D’Achille, his sons, Rick (Helena) Patton and Ray (Robin) Patton, his grandchildren, Ricky Patton II, Adam and Alan D’Achille, Laura Patton, and Marissa Taylor, and his four great-grandchildren. He is also survived by his brother, Herb Patton, and his sister-in-law, Alice Macaulay.

He was preceded in death by his parents and his sister, Betty J. Kelosky.

Visitation will be held on Friday from 2-4 and 6-8 pm and on Saturday from Noon until the time of the service at 1:00 pm at the Samuel Teolis Funeral Home and Crematory Inc. with Mark Ours      officiating.

Memorial contributions in Mr. Patton’s name may be made to the Shriners Hospital for Children.