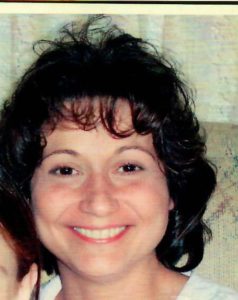 Mrs. Stacey M. Hoak, 53, of Ellwood City passed away on Sunday, August 4, 2019 at her home following a long time illness surrounded by her loving family.

Stacey was born on November 9, 1965 in Ellwood City to the late Erwin “Bud” and Mary (Rockyvich) Campbell. She had graduated from Lincoln High School with the class of 1984. Stacey had worked at Ellwood Federal Savings and Loan from 1985 until 1993 as a collection officer. She was also a member of the Holy Redeemer Parish. Her greatest joy in life was being a devoted wife and mother.

She is survived by her husband, Darin Hoak whom she married on May 17, 1986, her daughter, Jenna Marie Hoak of Wampum, her sisters, Kathleen (Ralph) Lutz and Lynn Raye Campbell both of Ellwood City, her brother, Erwin “Chip” (Lynn) Campbell of Ellport, her mother-in-law, Shelby Hall of Franklin Twp., and her sister-in-law, Sherri Hoak of Transfer. She was preceded in death by her parents, her father-in-law, Wilbert Gary Hall, and her niece, Megan Wilhelm.

Family and friends will be received on Wednesday from 12:30 pm until the time of the memorial mass at 1:00 pm at the Holy Redeemer Church. Interment will be at the Grandview Cemetery in Beaver Falls. The funeral arrangements are entrusted to the Samuel Teolis Funeral Home and Crematory Inc..