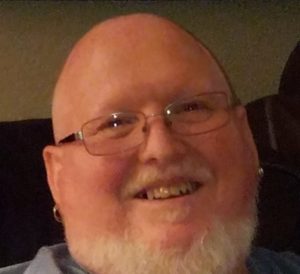 Stephen was born on January 1st, 1964 in Lewisham, England to the late Robert and Jean Alice (Jones) Douglas. He graduated from High School in England.  Stephen worked at the McGuire Memorial Home as a direct care worker for 20 years. He enjoyed golfing and gaming on his PlayStation.

He is survived by his wife, Tawnia L. (LaPenta) Douglas, whom he married on September 20th, 2004, his daughters, Madison and Hanna Douglas all of Ellwood City, his sisters, Jeanette McCready, Susan Eve, Debbie Douglas, and Angie White all of London, England, and his mother-in-law, Arlene Schilling of Ellwood City.

He was preceded in death by his parents, and his brother, Robert Douglas.

As per Stephen’s wishes, there will not be a public visitation or service. Final arrangements have been entrusted to the Samuel Teolis Funeral Home and Crematory Inc..