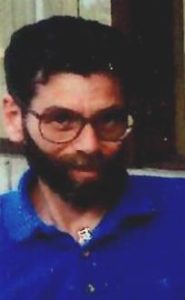 Steven C. Palatka, 69, of Ellwood City, passed away peacefully on Wednesday, May 16, 2018 at his residence. Born February 27, 1949, Steven was the son of the late Steve Z. and Pauline (Savu) Palatka. A 1967 graduate of Lincoln High School, Steven subsequently studied engineering technology at Point Park College, where he was a member of Lamda Chi Alpha fraternity. Upon culminating his education at Point Park College, Steven worked at U.S. Steel as an engineering technologist. With members from both side of his family having worked at U.S. Steel, Steven was a third generation U.S. Steel employee. Steven then used his work experience at U.S. Steel to work with numerous engineering consulting firms in Washington, D.C.

Steven was an extremely talented, yet humble artist. At the age of 17, Steven’s design for the Ellwood City 75th Diamond Jubilee emblem was chosen from among twenty submissions.

Throughout his life, Steven continued to hone his artistic talents, working in various mediums. Later in life, Steven focused primarily on Napoleonic uniform illustrations. He was recognized within the Napoleonic scholarly community for his artistic skills, as well as his accuracy and attention to detail. His depictions of Napoleonic uniforms were included in numerous international military periodicals, internet blogs, and collector monographs documenting assorted campaigns of Napoleon.

Preceded in death by his parents, Steven leaves behind one aunt, Eleanor Savu Palatka, and numerous cousins and their extended families, as well as his cherished Goddaughter, Stephanie Palatka Burks of Westminster, CO.

Friends and family will be received on Wednesday, May 23 from 7 to 9 pm and on Thursday, May 24 from 11:00 am to noon, with a service officiated by Rev. Ray A. Medina at noon at the Samuel Teolis Funeral Home Inc. and Cremation Services, 309 Spring Ave., Ellwood City. Interment will be at the Locust Grove Cemetery.

In lieu of flowers, memorial contributions may be made in Steven’s name to Bell Memorial Presbyterian Church, 610 Line Ave., Ellwood City, Pa 16117