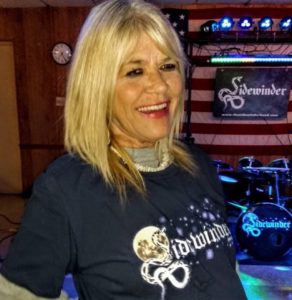 Terri was born in Beaver Falls on May 7th, 1957 to Ray Howell and Mildred Johnston. She had worked at Conley’s Inn which is now a Super 8 in Beaver Falls in the housekeeping department, and later for R&D Trucking as a packer. She attended the Word Alive Church. Terri enjoyed dancing, music, watching the Pittsburgh Steelers, and most of all being with her grandchildren.

She was preceded in death by her father, and step-mother, Naomi Howell.

Visitation will be held on Tuesday, December 21st from 4:00 pm until the time of the service at 7:00pm at the Samuel Teolis Funeral Home and Crematory Inc. with Reverend Captain Herb Bailey II officiating.