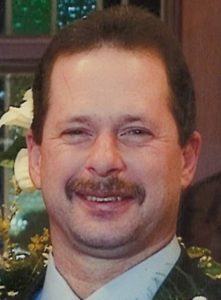 Todd was born on October 28th, 1963 in Ellwood City to Thomas and Anne Mae (Bellian) Kelsoky. He had attended Riverside High School and served with the United States Marine Corp.. For many years Todd worked in construction. Todd was an avid motorcycle enthusiast, enjoyed hunting in his younger years, and loved his dog Tiny.

Todd was preceded in death by his mother and his son, Joseph “Jojo” Kelosky.

Visitation will be held on Thursday from 5-8 pm and on Friday from 10:00 am until the time of the service at 11:00 am at the Samuel Teolis Funeral Home and Crematory Inc. with Pastor Dennis Arndt officiating. Inurnment will be at the Lillyville Church of God Cemetery.