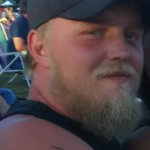 Tyler J. Long, 29, of Enon Valley passed away as the result of a motorcycle accident on Sunday, October 9th, 2022 in Springfield Twp., Mahoning County, Ohio.

Tyler was born on March 31st, 1993 in Beaver, Pa to William and Brenda (Taylor) Long also of Enon Valley. He graduated from Pell City High School in Alabama with the class of 2012. Tyler had worked at Ben Weitsman in New Castle and most recently at ARC Human Services as a maintenance person. He is a member of the V.F.W. in New Galilee. An outdoorsman, Tyler enjoyed fishing, hunting, motorcycle riding, and time spent with his family.

A private visitation for the family will be held at the Samuel Teolis Funeral Home and Crematory Inc.. Interment will follow at the Clinton Cemetery.