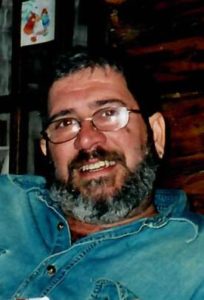 Vince was born on April 10, 1957 in New Castle to Vincent C. and Yolanda (Mercuri) Russo, Sr. of North Sewickley Twp.. He is a member of the Riverside High School class of 1975, and graduated from the Pittsburgh Institute of Avionics with a degree in Avionics. He had taught Avionics at both the Allegheny County and Beaver County Airports.  Recently Vince was a paid  Treasurer for the New Castle Sons of Italy Lodge #1171. He is also a member of the Rockland Hunting Club. He enjoyed hunting, drag racing, cooking, playing his bass guitar, going to his camp in Kennerdell, riding his Harley Davidson motorcycle, and most of all spending time with his family and many friends.

He is survived by his parents, his wife, Cindy (Herr) Moran Russo whom he married on May 19, 2006, his step-children, Benjamin (Lisa) Moran of Scott Twp. and Rachel Call of New Castle, his step- grandson, Ian Call, his sister, Cyndi (Steve) Kotuba of Ellwood City, his brother, Mark (Beth) Russo of New Castle, and several nieces and nephews.

Visitation will be held on Friday from 4-8 pm at the Samuel Teolis Funeral Home and Crematory Inc.. A mass of Christian burial will be held on Saturday at 2:00 pm at the Holy Redeemer Church with Father Mark Thomas officiating. Those attending the funeral mass are asked to meet at the funeral home on Saturday by 1:30 pm. Entombment will follow at the Holy Redeemer Cemetery Mausoleum.

Memorial contributions in Vincent’s name may be made to the St. Jude’s Children’s Research Hospital.