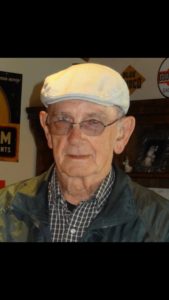 Mr. Walter Meyer, 77, of Ellwood City passed away on Sunday, May 13, 2018 at his residence with his loving family at his side.

Mr. Meyer was born on January 21, 1941 in Pittsburgh to the late John and Viola (Brown) Meyer. He had graduated from the South Vocational School in Pittsburgh. He was a machinist by trade. Walt was full of love and cared for everyone he met. We miss him and love him always.

He was preceded in death by his parents, his sister, Barbara, and his brothers, John and Bob.

Friends and family will be received on Thursday from 4-7 pm at the Samuel Teolis Funeral Home, Inc. and Cremation Services.

Memorial contributions in Walt’s name may be made to the American Cancer Society.