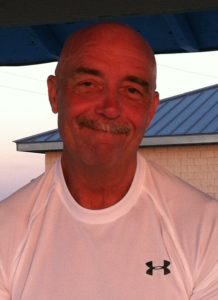 William was born on August 1, 1949 in Washington DC to the late George and Gertrude (Osborn) Marsden. He had graduated from the Perry Traditional Academy in Pittsburgh. He had worked as a machinist and later for Conrail. William loved going to the beach, golfing, watching Penn State, and was an avid fitness enthusiast.

He is survived by his sons, Steve (Sherry) Marsden, Marc Marsden, and Dominic Marsden all of Pittsburgh, his grandchildren, Seth, Kendyl, and Dylan Marsden, his sister, Carol Ann (Mike) Garvin of Florida, numerous nieces and nephews, and his soul mate Jonel Annarumo of Franklin Twp..

A Celebration of Life service will be held by William’s family at a later date. The funeral arrangements are entrusted to the Samuel Teolis Funeral Home and Crematory Inc..