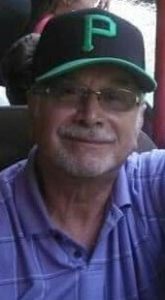 William “Bill” J. Contino of Ellwood City passed away on Friday, October 23, 2020 at The Good Samaritan Hospice House in Wexford.

Bill was born on March 29, 1947, in Ellwood City,  to the late Bruno A. and Rose (Mundo) Contino. He graduated from Riverside Highschool with the class of 1965. Bill was the owner and operator of the William J. Contino Agency for many years, and most recently, 4 C’s Flooring LLC. In his youth, Bill was a member of The Boy Scouts of America, and was very proud to have earned the rank as an Eagle Scout. He enjoyed hunting, fishing, and most of all, being with his family.

He was preceded in death by his parents and his brother,  Albert Contino.

Visitation will be held on Monday from 4-8 pm, at the Samuel Teolis Funeral Home & Crematory Inc., A mass of Christian burial will take place on Tuesday at 10:00 am at The Holy Redeemer Church with Father Philip Farrell officiating. Interment will be at Holy Redeemer Cemetery. Those attending the funeral mass can meet at the funeral home by 9:20 am.

Memorial contributions may be made in Bill’s name to the Club Hope Foundation at 237 Sixth Street, Ellwood City PA 16117.