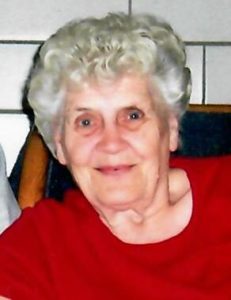 Mrs. Stiles was born on July 17, 1922 in Berwinsdale, Pa to the late Edward and Marie (Bloom) Johns, Sr.. She had graduated from the Coalport High School. For 20 years she worked at Dom’s IGA in Ellwood City in the meat department. She enjoyed flowers, bird watching, and most of all being with her grandchildren.

Visitation will be held on Thursday from 3:00 pm until the time of the Service at 5:00 pm at the Samuel Teolis Funeral Home and Crematory Inc. with Pastor James O’Hara officiating. Interment will be at the Locust Grove Cemetery.

Memorial contributions may be made to the charity of the donors choice.