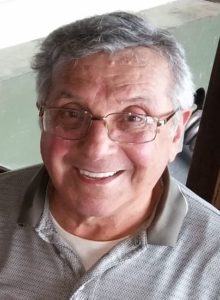 Mr. Folino was born in Ellwood City on December 15, 1942 to the late Frank and Romola (Nardini) Folino. He had graduated from Lincoln High School with the class of 1960 and later from the University of Pittsburgh where he earned his Doctorate in  Pharmacology. For 15 years he was the owner and operator of Fairview Pharmacy in Fairview, PA. He also had served for 7 years with the Army National Guard of the District of Columbia, 115th Evacuation Hospital, with the rank of Specialist Fifth Class. Xavier enjoyed remodeling his home, cooking, watching football especially the Pittsburgh Steelers, and most of all spending time with his grandchildren.

Memorial contributions in Mr. Folino’s name may be made to the Holy Redeemer Angel Fund.